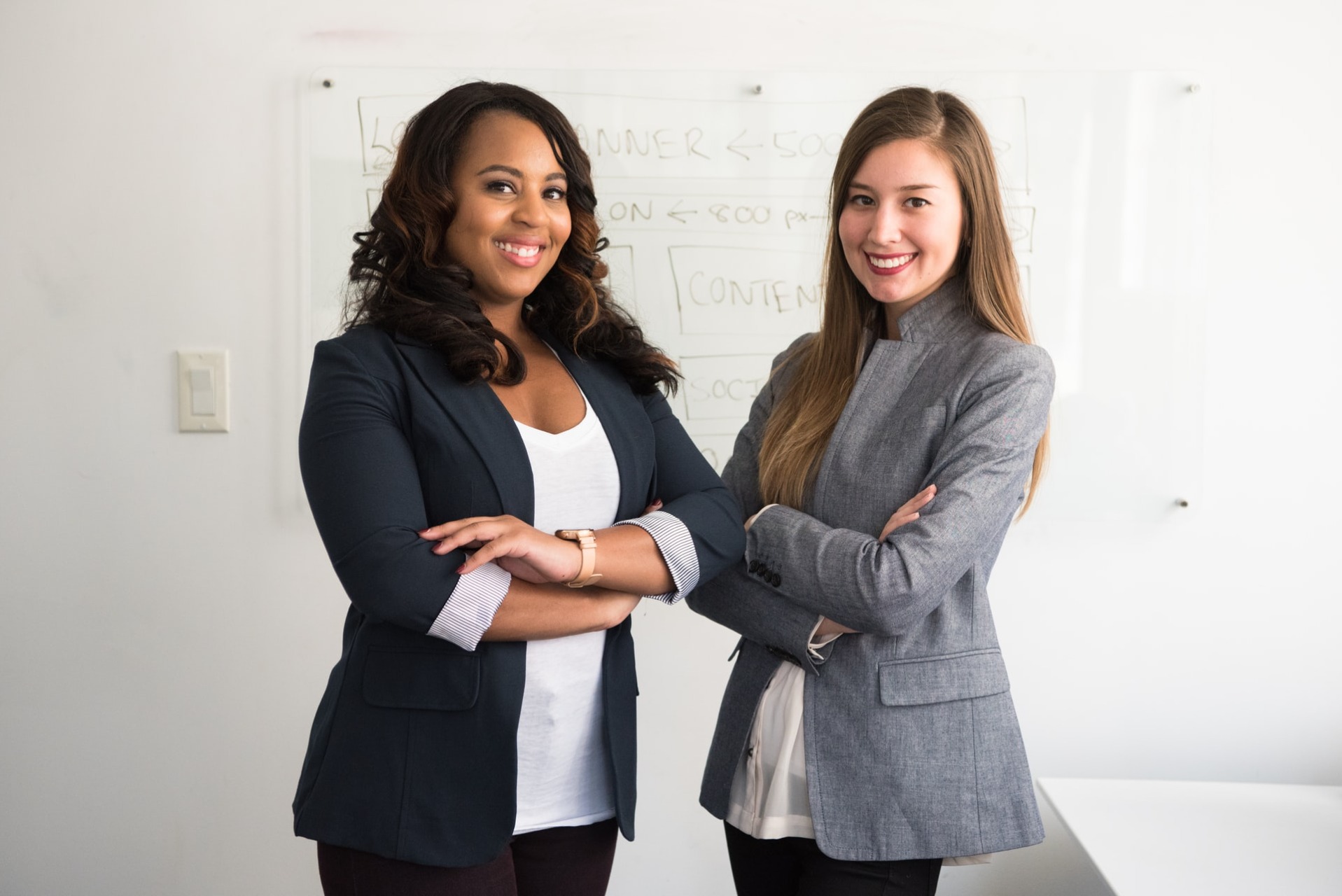 I call on everyone to create an environment where women can realize their true potential and today's girls become tomorrow's leading scientists and innovators, shaping a fair and sustainable future for all.

Secretary-General of the United Nations

The major challenges the world faces today, from COVID-19 to climate change, need our brightest scientific minds to solve them. However, only one in three scientists is a woman.

According to the latest UNESCO Science Report, women are awarded less research funding than men, and they are less likely to be promoted. Only 28% of engineering graduates and 33% of researchers worldwide are women. The lack of female role models in science, leads according to this study, to these low percentages. In other words, girls do not see themselves reflected in women's careers in technology, and this inevitably prevents them, from engaging in these fields.

On a similar note, funding to companies with women founders has remained low (10%) for the last 3 years. Less than 2% is the flow of funding to start-ups that have purely female founders.

At the egg, we have been studying the technological ecosystems internationally, during the last few years. So, I would like to share with you some of our latest data, concerning women in our egg start-up community. 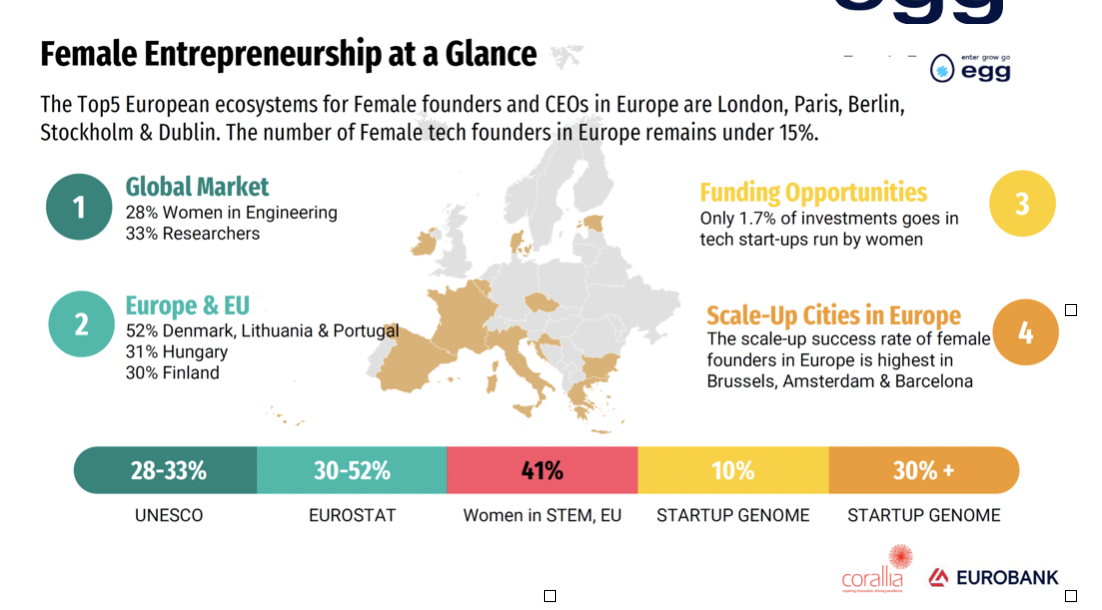 At the egg, most women believe that female entrepreneurs must work harder than their male counterparts to succeed. The greatest barriers stopping women from starting their own businesses are attracting funding, balancing between work & family life, changing behaviour, and facing criticism. 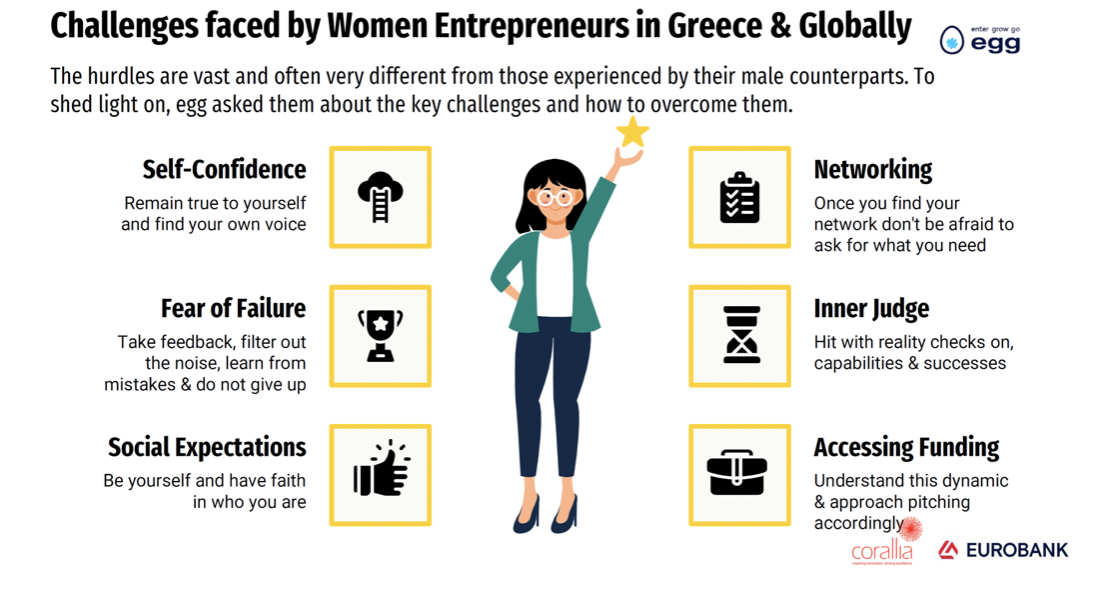 Another fear stopping these women from chasing their star-tup dreams is not wanting to disappoint their families through professional failure, as well as not wanting to prove their doubters right.

They increasingly believe that successful female entrepreneurs must possess attributes that are both power-based and strategy-based. They are more likely to invest their own money instead of outside capital in their business, and when they seek investors, they ask for less.

Women like girls believe that to become an entrepreneur is important to have a role model to inspire them. Among egg alumni members, in every industry sector, more women report being inspired by female entrepreneurs, rather than male entrepreneurs. Mentorship is viewed as increasingly essential among women. Business networking is crucial, so female entrepreneurs who speak publicly about their careers and mentor other women might help create role models along the way.

Closing the gender gap in business is often a conversation that women have with other women. Men have to be part of the equation. I was truly surprised when I read in a survey that showed that when venture capitalists had daughters, they were less biased against women.

People with experience tend to mentor and give money to people like themselves. Social scientists describe the phenomenon as homophily, or love of the same. Women are just outside those established networks, and if you’re outside networks, you don’t get the knowledge, you don’t get the opportunities, the contacts, and the funding.

According to a recent study in the UK that was published in the International Journal of Finance and Economics, increasing gender diversity has a positive and significant effect on the financial performance of firms. As a matter of fact, after an analysis of 12 years of data of FTSE100 companies, it was found that companies with three or more female directors significantly outperformed those with less diverse boards.

At the egg, we have already accomplished the goal of the increasing female population within our community, having achieved already 25,4% female entrepreneurs, whereas EU and Greece averages stand at 15% and 20% respectively.

Also, at the egg, we have set five additional goals to improve this: 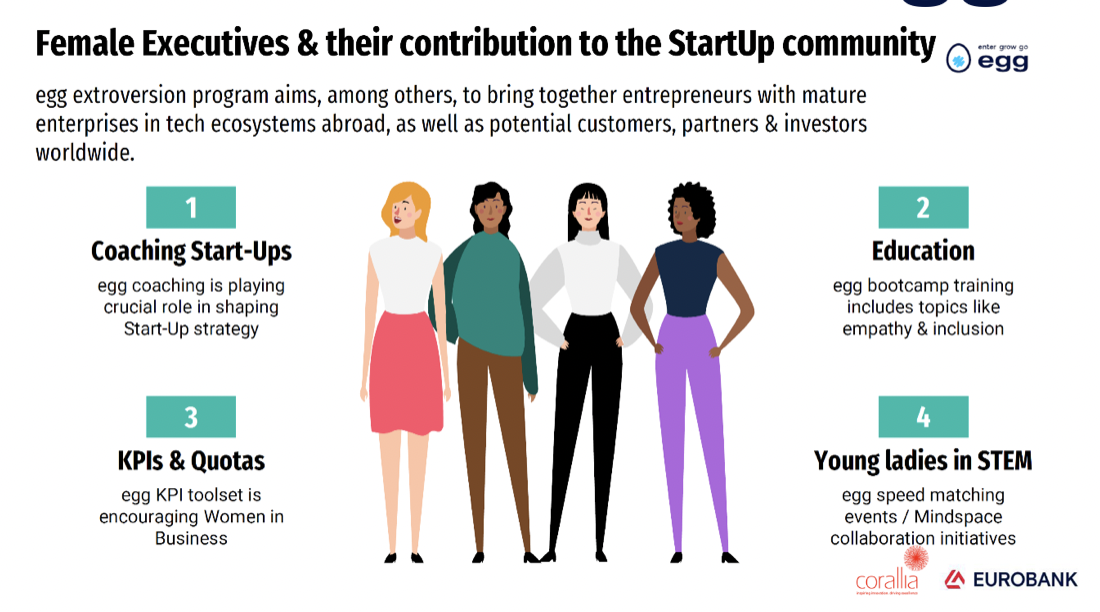 1st we insist on the need for a start-up, either to embrace a female co-founder or to invite a female executive, a member of the advisory board of the company.

3rd every year we host at least 2-to 3 startups with exclusively female founders.

4th we steadily increase the presence of female mentors, setting the target of 50% within the next 2 years, as well as the egg advisory board members, with a target of 20% increase. Needless to say, about the egg evaluators where a 40% of female presence is achieved to date.

5th we collaborate with non-profit organisations, like Mindspace, as well as with universities, like Aristotle University of Thessaloniki & Democritus University of Thrace, in supporting research teams, with purely women researchers, advising them to commercialize their research. To date, we support 7 research teams with female researchers and founders, together with the tech transfer offices of these Universities.

We, at Eurobank and egg, believe that increasing the number and further developing innovative businesses is an important goal for us because this will enforce the digital transformation of the economy and will benefit economic growth & country prosperity. Therefore, empowering women and promoting gender equality is crucial to accelerating sustainable development.